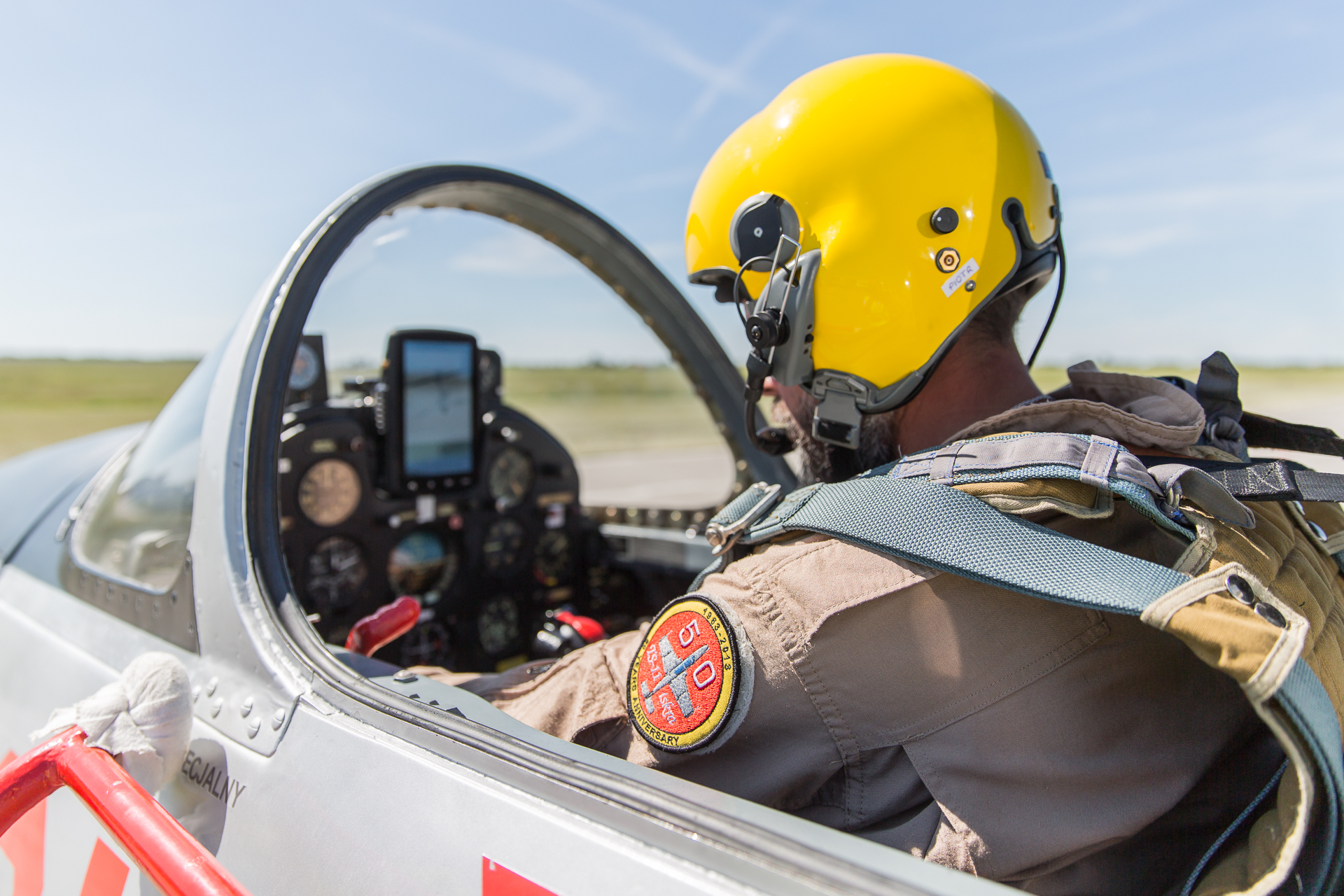 In November 2013, the plane went to White-Red Wings Foundation. The initial purpose was to rebuild the aircraft and restore it to a flying state. After obtaining the permission of the Civil Aviation Authority for the reconstruction of the plane, a team of experienced aircraft mechanics commenced work. In just 6 months the plane was rebuilt and allowed to carry out flight tests.

The first flight of the aircraft which received SP-YBC registration took place on the weekend of 18-19 October 2014 at the Lublin EPLB airport. Due to the low cloud base on Saturday, only attempts were made to taxi quickly on the runway. However Sunday greeted us with a beautiful weather. The experimental pilot, Sławomir Hetman, made a test flight of an airplane that performed exemplary. It was the first detachment from the earth after almost a decade’s break. Thus, the last stage of the reconstruction of the aircraft has ended.